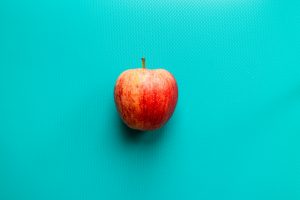 Take a bite out of Apple

With the recent release of the iPhone 7, people are questioning if this is a calculated decision to keep silent over issues with the iPhone 6. The issues are what is called touch disease and units that actually catching fire.

Back in September it was first reported that iPhone 6 users are experiencing this so called touch disease. The “disease” occurs when the user observes a reduction in responsiveness or the complete malfunction of the touchscreen.  Since this has been something so widespread that a class action lawsuit has been filed against Apple and of the present time, there are three law firms involved.  The hope is that Apple will remedy this issue.

It is also alarming that prior Apple workers were aware of the touch disease problem, but were advised not to tell consumers about it. What makes this more alarming is that Apple has refused to answer any questions pertaining to the touch disease and this is only going to prove that Apple only cares about the bottom line and not about customer service or quality.

The other issue that has been occurring with the iPhone 6 is the tendency for the phone to catch on fire. So far there are two cases, one took place at Rowan College and another came later in the week. In both instances, the units, after being on for a lengthy period of time suddenly burst into flames. Fortunately, in both cases no one was injured.

This begs the question as to what Apple knew about iPhone 6 before it was released to the public. Since five Apple workers were clearly aware of the dangers and malfunctions of the product, does this mean that Apple willfully sold a defective product?  If so, this go against the vision of Steve Jobs of producing products these customers want.  It is just a shame for Apple, who always prided themselves being different from anyone else, is just like all other companies trying to make a buck. As such, will the Apple image take a hit as a result?