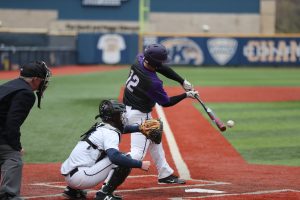 In a bill passed by Congress in March 2018, there is a short section entitled “Save America’s Pastime Act,” which intends to prevent minor league players from taking legal action against Major League Baseball.  The Act ensures minor league baseball players are paid federal minimum wages for a 40-hour work week; however, they are not guaranteed overtime pay.  The MLB’s push for this Act came in response to a federal class action lawsuit filed in 2014 on behalf of 45 minor league baseball players who alleged they did not receive fair wages.

The 2014 class action lawsuit was filed against Major League Baseball, that eventually included MLB Commissioner Bud Selig, and many of the 30 MLB teams.  According to the lawsuit, minor league players receive a starting salary of $5,500, which is laughable in comparison to what Major League players earn.  They were not even earning minimum wage and were denied overtime pay.  This ghastly pay rate is especially crippling during spring training in Arizona and Florida, where minor league players are contractually obligated to work over fifty hours per week.  Players are not paid for their spring training participation until the start of the regular season.

On the other side of the argument, since 1922, Major League Baseball, backed by the Supreme Court, has been considered a pastime and a form of entertainment, not in existence for the purpose of commerce. The MLB may operate autonomous of antitrust laws and argues that a bump in minor league wages would lead to a decrease in the number of minor league teams.  Minor league players work only 5.5 months out of the year and may be looked at as seasonal employees.  In terms of the class action, in 2017, a judge’s ruling would have prevented the class action from moving forward for Florida and Arizona claimants.  A ruling this August, however, overturned the 2017 decision, and now allows the class action to continue in Arizona, Florida, along with California.