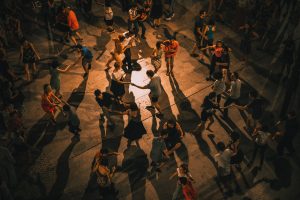 I never really knew that she could dance like this

Hell hath no fury like a lover scorned, just ask Shakira’s ex!  Antonio de La Rua, the son of former Argentine President Fernando de la Rua has filed a $100 million lawsuit in New York, seeking compensation for unpaid management fees.  The couple met in 2000, shortly after de la Rua successfully assisted his father’s election campaign in Argentina.  They quickly became involved and spent ten years globetrotting as Shakira’s career took off.  In 2010, the singer took to her website to inform her fans that the relationship ended.  She wrote “we continue to be partners in our business and professional lives”.

Over the decade long courtship, de la Rua claims that they had a oral contract he would receive partial management revenue.  The legal papers detail, “The combination of de la Rua’s business and marketing talents with defendant’s artistic talents, beauty and sex appeal succeeded in propelling the value of the partnership far beyond anything either had previously achieved or believed possible.”

Before filing, de la Rua approached the popstar and pleaded that he “didn’t really want to do this.”  The Colombian-born singer, songwriter and producer sold over 60 million albums and rumored to take home over $200 million in 2012.