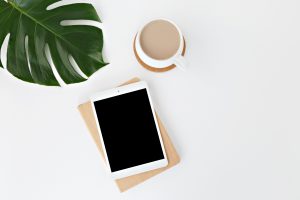 Apple has agreed to pay a $60 million to a Chinese company to settle a lawsuit over the iPad trademark. Proview Technology will receive a small fraction of their original asking price of $400 million, which might help them recover from the fringe of insolvency.  Certainly not a bad pay day.  Although the technological terror that is Apple Inc. has plenty of money to throw around, I hope somebody lost their job for over-looking the fact that they trademarked the word “iPad” in every country except the largest one in the world.  More details and analysis after the jump.

According to Apple’s argument in the suit, they had indeed purchased the claim to “iPad” in China from Proview, who originally registered the trademark in 2001.  Proview countered that Apple had only dealt with one part of the company and that Proview still owned the trademark.  This argument seems flimsy on the face of it, but starts to make sense when you consider how long and expensive international legal battles can be and how much Apple hopes to gain in the country.  $60 million amounts to a clerical error to the likes of Apple, but it an enormous windfall to a nearly-bankrupt company like Proview.  China is an enormous market for Apple — second only to the good ol’ US of A — so it makes sense that they’d settle this out as quickly as possible.  Proview had enforced an injunction in sales of the iPad until the suit was over, seriously cutting into Apple’s profits and giving a distinct edge to competitors in the overpriced-underpowered tablet market.  By settling the suit, Apple is free to sell tablets under the name “iPad” in China.  Not known to waste any time revving up its money-sucking machine, Apple announced yesterday that the 3rd generation of iPad will go on sale in China on July 20th.  From Proview’s point of view, if the reward is tens of millions of dollars falling into your lap, it’s way worth it to try to shake the Apple tree.

As an aside, I find it funny to imagine an Apple meeting about the iPad trademark prior to this lawsuit. Though it didn’t happen this way, allow me to paint you a picture. The year is 2008. About a dozen big-wigs at Apple sit in a board room meeting, (or more accurately, iConference), going over the ins and outs of their upcoming tablet, which is set to revolutionize the world. The Department Head exclaims “Ok, now onto legal matters. We need to trademark the name iPad worldwide. Let’s get a list. Start naming countries!” The end result is everything but China. Imagine the hero of the meeting, who stands up and says “Hey, we forgot China!” and is shortly afterward promoted for his foresight.