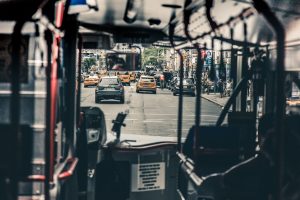 Today, a lawsuit brought by the Department of Justice against the MTA has reached a settlement.  Citing the 1964 Civil Rights Act and comparing it to the practice of seating black Americans at the back of the bus, the lawsuit claimed the MTA was motivated to hide workers in less desirable and less public jobs for religious and ethnic reasons.  The MTA countered that the rules were there to uphold the standard of a uniform, despite the fact that the policy, which was on the books for years, was only enforced after anti-Muslim terror proliferated post-9/11.  In fact, an MTA employee and plaintiff in this lawsuit who saved some 800 people on the day of 9/11 was not wearing an MTA-branded turban at the time.

The settlement requires MTA to change its headwear policies in addition to paying the six plaintiffs in the case $87,500 each.  No longer will they have to wear the logo on their turbans and certain other head coverings, but the headwear does have to be blue to fit in with the color scheme of the rest of the uniform.

President Reagan eventually apologized for Japanese internment, saying it stemmed from “race prejudice, war hysteria, and a failure of political leadership” in an official declaration in 1988.  You could say the same of the MTA today.  Although this forced display of identifying marks is lower on the scale of religious/ethnic persecution as internment and yellow star badges, the cause is the same: prejudice, hysteria, and a failure of leadership.