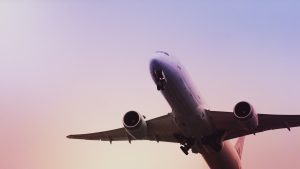 Affected passengers of United Airlines have taken their complaints to the court room. A recent lawsuit was filed by graduate student, Karen Shiboleth, against the controversial company. Shiboleth argues that she was abruptly removed from her seat in business-class, and placed in another seat toward the rear of the plane. The reason for the seat change was not provided to her, as she was escorted to the back of the plane with force.

Initially, Shiboleth purchased a ticket for the economy cabin, spending $1,498.90 for that ticket. She chose to use 60,000 American Express miles toward an upgrade to business-class. The additional costs associated with the upgrade amounted to $498.56. Although the plaintiff claims that her earned miles and upgrade expenses reached a total loss of $9,146, she is suing United Airlines for $150,000. She suffered vastly from the incident, and believes the punitive damages she is seeking will help send a message that this treatment of passengers cannot be tolerated in the future.

United Airlines has received backlash for other instances of removing passengers from their purchased seats. When United Airlines overbooked the flight he was on, physician David Dao was asked to give up his seat. When the doctor refused, he was forcibly dragged into the aisle. Two of his teeth were knocked out, and he suffered a broken nose and a concussion. On another flight, 16 hours in duration, a 94-year-old woman was told to give up her seat in business class to move to economy. The disabled woman’s granddaughter was seated in economy, and was denied access to business class to help her grandmother. Instead of offering to help the elderly woman with anything she may need, the flight crew member escorted her to the cheaper section of the plane. The woman, who suffers from arthritis and bone deterioration, was uncomfortable for the remainder of the flight.