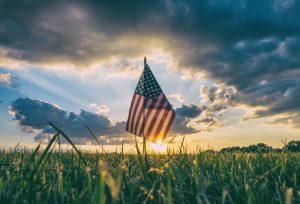 Election Day is rapidly approaching, allowing enough time for the publicity of a potential lawsuit. It may be argued that this election and the portrayal of the candidates are significantly swayed by the media. The recent leak of a 2005 video of Donald Trump, bragging about his sexual advances toward woman, has further destroyed his already unfavorable persona. As a result of this video, in which he boyishly gloats about getting away with “groping” women, at least ten women have come forward with claims of sexual misconduct.

This past Saturday, the Republican Candidate promised to sue these various women for slander and defamation, contending that their accounts are a “‘total fabrication.’” He also suspects that Hillary Clinton and her committee have pushed and encouraged the women to make the accusations at this point in the election. Trump is proud to announce that “‘through litigation,’” they will be able to prove that Clinton was involved.

In response to Trump’s deflection in order to shift the focus to Clinton, the Democratic Candidate commented, “‘that’s just not accurate.’” It is not difficult to assume, however, that Clinton would benefit from such accusations by these women. A Trump scandal may only strengthen Clinton’s popularity.

Despite Trump’s eagerness for a lawsuit, he has withdrawn his pursuit of lawsuits in the past. Recently, he threatened to file a lawsuit against The New York Times, after they published articles surrounding claims of assault committed by Trump. Shortly thereafter, he neglected to file the lawsuit and refused to comment on the matter.

While some may view this new threat of a lawsuit as frivolous, Trump may be more likely to follow through with legal action in this case. Trump’s fear is that the women have “‘hurt [his] campaign.’” The allegations of these women may directly affect the outcome and destroy his chances of winning the election.