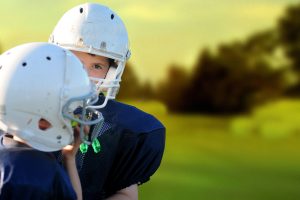 The sport of football in America is close to the hearts of many people. Whether they grew up playing the game or are a fan of a professional or college team, the passion for football in the states is second to none.

Many people often forget about the danger associated with the sport. When a player straps on a helmet, there is a high probability that aninjury can occur sometime throughout their career. The National Football League has recently been under a lot of scrutiny for head injuries and concussions that have occurred on the field.

Recently, Rhett Ridolfi, a 22-year-old young man who obtained brain damage and partial paralysis while playing high school football in 2008, has been awarded millions of dollars in damages in a lawsuit against the popular helmet maker, Riddell.

A jury in Colorado said Ridolfi is entitled to $11.5 million in damages for his injuries, and that Riddell is responsible for 27%, which means that the helmet maker will have to pay $3.1 million of the damages.

“Head injuries are very serious and it is impossible to put a price tag on the proper amount that should be rewarded when someone sustains permanent brain damage,” stated Richard Donahey, Attorney at The Donahey Law Firm, who specializes in product liability. “It does not surprise me that Riddell was partially responsible for a portion of the damages.”

While Riddell was disappointed in the jury’s decision, at the end of the day, it is extremely sad that a young gentleman’s brain was damaged from a sport that so many people love.

Richard Donahey is an Attorney at The Donahey Law Firm, LLC