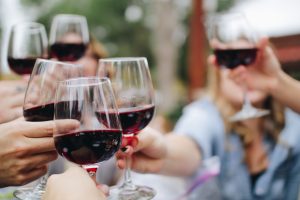 Overflowed glasses may cause injury

Due to issues of over serving alcoholic beverages, restaurants may be held liable for any accidents or injuries that may take place after the patrons leave the establishments. This past March, following dinner and drinks at Red Lobster, an elderly, 113-pound woman in Texas fell in the popular seafood restaurant’s parking lot. Marlene Spencer’s fall resulted in a broken hip, a broken right arm, and a head injury. The 82-year-old filed a lawsuit against Red Lobster, claiming negligence.

Prior to the incident in March, the injured woman’s daughter had contacted that particular Red Lobster on more than one occasion to bring attention to the over serving issue. Marlene Spencer, who is a resident at the nearby senior living center, frequented Red Lobster and was often provided alcohol past the limit of what her frame could handle. At the time of her fall in March, the patron’s blood alcohol content was 0.31. Spencer was admitted to the hospital, where she remained for 6 days. The hip injury was so severe that she had to undergo hip replacement surgery.

Red Lobster is not taking responsibility for Spencer’s medical costs, and has not commented regarding the March incident. The restaurant chain is contending that it has specified guidelines and procedures for serving alcohol, on which all employees are trained.

At this time, it is not clear for how much Spencer intends to sue the seafood restaurant, but she does allege in the claim that she was “sold, served and provided alcoholic beverages,” until she became “more than obviously intoxicated.” Spencer is not the only senior living center resident whom has fallen victim to over serving. The senior living center is within walking distance to Red Lobster; and various residents have commented on their experiences of being sold too much alcohol while dining. Restaurants with liquor licenses must also come equipped with the strict responsibility to limit how many alcoholic beverages a patron may order.