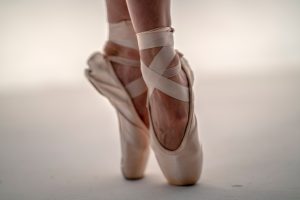 Anyone who is a fan of Fresh Prince of Bel-Air is privy to the “Carlton Dance.” Alfonso Ribeiro’s character is responsible for performing the iconic dance move. Despite the dance’s popular recognition, the US Copyright Office has refused to protect the dance move as a copyrighted work of choreography. While Ribeiro does not technically own the move, it did not stop him from taking legal action against the producers of the video games NBA 2K and Fortnite in December 2018. In the games, players are provided the option to have their virtual character perform the “Carlton Dance” as a way of expressing celebration.

Whether or not Ribeiro is the unofficial “owner” of the move, he argued that the gaming producers did not seek permission to use the iconic dance move.  Ribeiro has since dropped the lawsuit. Following the episode of Fresh Prince, in which the Carlton character debuts the two-step swing, the only accreditation provided is to NBC.  The 1991 episode is not the only broadcasted performance of Ribeiro dancing the “Carlton.” In his 2014 winning season of Dancing with the Stars, Ribeiro executes a modern rendition of the “Carlton” with his professional dance partner, Witney Carson.  This recorded number was submitted for consideration for copyright to the US Copyright Office at the beginning of this year.

A registration specialist with the US Copyright Office provides a detailed portrayal of the “Carlton Dance.” A portion of the description includes, “’the dancer sways their hips as they step from side to side, while swinging their arms in an exaggerated manner.’” The main reason for denying Ribeiro the copyright is that the “Carlton” is a mere social dance. As indicated by the copyright specialist’s description, it is not an elaborate piece of artistic choreography. To provide a comparison of what is copyright worthy, the routine in the movie West Side Story is registered with the US Copyright Office. A copyright is not granted for social dances, simple athletic movements or gestures, and movements exhibited by a non-human bodies. Based on this criteria, Ribeiro did not have a leg to sway on in his lawsuit against video game producers.