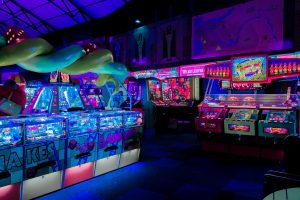 NJ Federal District Judge Anne Thompson ruled that Cartoon Network is protected under First Amendment Rights. She also mentions that the character does look “cartoonishly evil”, meaning the show is not portraying Mitchell himself, but someone like him. The official decision states: “The television character does not match the plaintiff in appearance: GBF appears as a non-human creature, a giant floating head with no body from outer space, while Plaintiff is a human being.” In the cartoon, GBF has an over-sized head and actually cheats to beat his opponents. One wonders if the main problem Billy Mitchell had is not that the character looks like him, but that it seems to be taking a shot at his reputation.

Tough break for the King of Kong. While there is certainly no arguing that the cartoon character and Billy Mitchell have a lot in common, one would have to realize that this lawsuit had little chance of being settled. Regardless, it is remarkable that a professional video gamer would actually be upset that his likeness appeared in a cartoon. An adult male with a modest fortune created by  jumping over imaginary barrels in a video game should have a sense of humor. Perhaps it is just in a video gamer’s nature to aim for the high score?