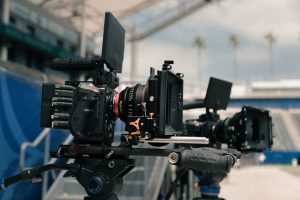 The popular Fox hit TV show Empire has created drama even before the second season begins. The reason, Fox has been hit with a class action lawsuit that came from them filming at the Chicago juvenile detention center, which coincidently is the backdrop for the first two episodes.

The lawsuit alleges that while filming took place at the Cook County Juvenile Temporary Detention Center between June and August, 2015, the show caused three separate lockdowns. As a result, several areas including the school, facilities for family visits, the outdoor recreation yard, library and chapel were placed off limits so that Fox could use them to film the show. According to the lawsuit, this caused the children at the facility to be confined to their cells for days on end causing psychological and emotional traumas. Further, with the show recording at the juvenile center, visits from families were in the words of the suit, “interrupted, cut back, or effectively eliminated.”

The suit also maintains that the juvenile center was used as a realistic prison facility and the children were put under restrictions more severe than many adult jails. In addition, the lawsuit alleges that putting the children on lockdown so that the defendants could use it to film a profitable television show violated the children’s rights under the U.S. Constitution and state law and that the profits gained were unjustly obtained.

Currently, Fox has declined to comment on the suit as the show, Empire, is set for its second season premiere on September 21st.

This issue begs the question, at what level are entertainment company’s willing to go in order to deliver the realism of what life is inside of a prison? In this case, this issue could have been easily handled if a set was built to the specifications of what an area of a prison looks like rather than take one over just for the sake of profit. In this case, the question must be asked as to what Cook County and the Superintendent was thinking when they allowed Fox to produce the show from their facility, knowing that this lock down was to take place?