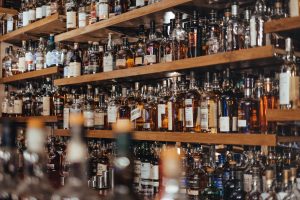 In a shocking announcement earlier this week, the National Transportation Safety Board released a proposal arguing that all states, including my home state of Minnesota, should decrease the legal limit for alcohol consumption. The proposal by the federal agency would lead to potentially major changes in what qualifies as legally acceptable social drinking.

The NTSB specifically issued a recommendation that all 50 states drop their hurdle for what qualifies as impaired driving from the current 0.08 percent BAC. This figure is currently the legal limit in all 50 states and also many other countries across the world. The number has long been seen as a fairly accurate barometer for the level at which most drivers are unable to safely operate a motor vehicle.

Unhappy with the thousands of deaths that result from drunk driving each year, the NTSB felt that only by lowering the legal limit even further could police really make headway in tackling the problem. As such, the NTSB says that states should lower the legal limit to 0.05 percent BAC. The NTSB says it hopes such a low level of blood alcohol content will help achieve its goal of ending the practice of drunk driving in the United States entirely.

The agency says that it believes that by lowering the BAC to 0.05, the U.S. could see between 500 and 800 fewer deaths each year on the nation’s roadways. They say that countries across Europe have embraced the lower alcohol limit and seen their drunk driving death rates cut in half as a result.

Talking about drunk driving in terms of percentages can be difficult for most drivers to wrap their minds around. To put things in slightly more practical terms let’s look at what the NTSB’s recommendations might mean to a man or woman out for a drink on a Friday or Saturday night. Currently, a 180-pound man would have to consume around four drinks in under an hour before reaching the 0.08 legal limit. That changes substantially at the recommended 0.05 percent BAC level. The same 180-pound man could consume between two and three drinks in an hour before reaching the limit. The number of drinks drops for thinner men and women. Studies indicate that a 160-pound man could only have two drinks before topping out while a 120-pound woman would reach 0.05 after only one drink.

The problem with this logic is that the agency is ignoring how individualized people’s responses to alcohol are. While it is true that some drivers might show signs of impairment at a 0.05 percent level, there are many others who do not. Moreover, there are also drivers who would demonstrate signs of impairment at levels even lower than 0.05, but that should not be taken as an excuse for lowering the legal limit for everyone else to such a level. The one size fits all approach to drunk driving ignores the differences in each motorist and has led to many thousands of people dealing with the expense and embarrassment of a DWI conviction when they were perfectly safe to operate a vehicle. By lowering the current limit even further, the chance of safe drivers being unnecessarily swept up in police enforcement efforts would only increase.