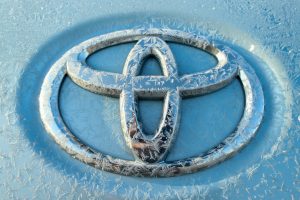 The Toyota Motor Corporation class action lawsuit will come to an end, with a settlement in the amount of $3.4 billion. American owners of three Toyota models, Tacoma trucks, Sequoias, and Tundras, scrutinized the structure and reliability of the vehicles, due to rust eating through the frames. Approximately 1.5 million vehicles were affected.

The $3.4 billion amount was reached, with the estimated cost of $15,000 per vehicle
repair or compensation. Toyota predicts that the cost of inspecting the 1.5 million vehicles, at $60 per vehicle, will total $90 million.

In addition to the direct costs associated with inspections, repairs, or other
compensation, Toyota is also prepared to pay out $9.75 million in lawyer fees, $150,000 in miscellaneous expenses, and $2,500 to the eight class action representatives.
Despite Toyota’s willingness to settle the class action, the motor company is not
necessarily taking full ownership or liability for the extensive corrosion on the vehicles.

The company maintains the integrity of the vehicles they mass-produce. As the leading automaker in the world, Toyota manufactured 10.08 million units, surpassing the number two automaker, Volkswagen, by 150,000 units in 2015. By settling this present lawsuit, Toyota aims to keep their existing customers satisfied. This positive resolution may help deter customers and owners of Toyota vehicles from shifting their loyalty to more reliable motor companies.