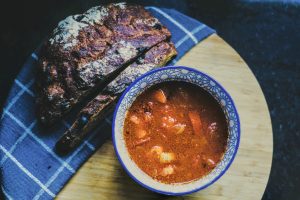 Investors are boiling over a famous American brand’s communication tactics, or lack thereof. Campbell Soup is being sued by a hedge fund called Third Point, whose main investor is billionaire Dan Loeb. The lawsuit claims that Campbell’s board refrained from disclosing some important information to potential and current investors in their latest strategic review. Third Point claims that there was some significant details excluded and made private by the snack maker. The board at Campbell has fired back, saying that Loeb & Third Point are misinformed and over-stepping their bounds. The lawsuit was filed in state superior court in Camden, New Jersey.

Reports claim that this dispute could break up the majority shareholders of the company, which has been steadily held for almost 150 years. Third Point and Dan Loeb want to remove all 12 members of the current board and replace with their own selections. Some suggest that Campbell take the company private, meaning they could ignore investor demands and focus on strategy internally. The lawsuit includes anyone who invested in Campbell stock between Aug 31 2017 and May 17 2018; in that period, the stock has gone down about 40%. Campbell Soup main brands include Tomato & Chicken Noodle, both of which are iconic bits of Americana.