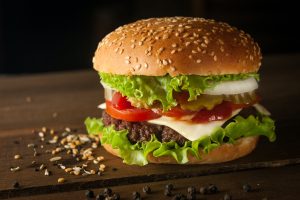 Burger King contends that the “Impossible Whopper” was not necessarily intended for vegan or vegetarian consumption, but rather, was meant for meat eaters to enjoy.  The relatively new product is plant-based, and the list of ingredients is lengthy. Some of the components include water, soy-protein concentrate, coconut oil, sunflower oil, yeast extract, among other ingredients.  According to Burger King, this patty is perfect for individuals who do not want to eat animal protein, but it is considered the healthier option.  The “Impossible Whopper” provides all of the benefits of the original “Whopper,” including tomatoes, lettuce, condiments, pickles, and onions.  The taste of the patty bears a striking resemblance to the original “Whopper.”

In response to the claims of the seven plaintiffs involved in the lawsuit, the federal judge assigned to the case realizes that Burger King did not promise to cook these new plant-based patties on a separate grill, nor did the plaintiffs provide proof of inquiring about cooking methods before purchasing the “Impossible Whopper.”  Advertising for Burger King does not include cooking methods and only focuses on providing consumers with a new meatless menu item.  The federal judge ruled that Burger King did not deceive customers and the company delivered on their advertising promises. Despite the attempt to grow the lawsuit into a class action complaint, the plaintiffs’ claims were determined to be “too individualized” to escalate to class action status.