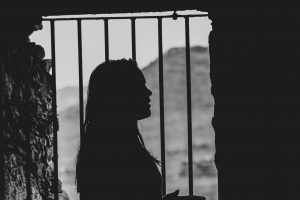 A Hillsboro, Oregon man is suing the Portland police department over his arrest at the Mark O. Hatfield Courthouse in 2014. Twenty-five year old Matthew Mglej was playing his violin naked in front of the federal courthouse in downtown Portland while quoting former Iranian President Ahmadinejad as a protest. The police showed up after receiving several complaints about the demonstration.

Mglej claims his rights were violated when he was arrested for playing his violin in the nude. He is suing the police department and others for $1.1 million. He says the police used excessive force, unlawfully detained him and violated his constitutional rights when they arrested him during his demonstration last May. He was told by police after showing up for the second time, that his nudity violated city code and was dragged into a patrol car when he refused to walk on his own.

Mglej also suffered emotional pain due to being separated from his service dog Belle, who helps him with his Post Traumatic Stress Disorder. He says officers taunted him for crying and used unnecessary force while booking him in jail. He states he was held for around 24 hours in an isolated cell without water, food, medical attention or a phone call to a lawyer, according to the lawsuit. Matthew Mglej pleaded not guilty to indecent exposure four days after his arrest, court records show. He is scheduled to appear next in Multnomah County Circuit Court for a hearing on Feb. 17.