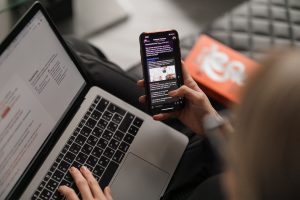 A former sales executive was fired when she uninstalled on application on her company phone that kept track of her GPS location 24 hours a day, 7 days a week. Myrna Arias, a former sales executive for money transfer service Intermex, claims that her boss, John Stubits, fired her shortly after she uninstalled the job-management Xora application that she and her colleagues were required to use. It was her job to travel across Central California, visiting bodegas  (mini marts) and Hispanic business owners to convince them to install Intermex machines.  After two months on the job, Intermex forced Arias and other employees to download the Xora app onto their company phones. Arias says it relied on the app to keep track of employees travel. The company also told them they needed to keep their phones on all day, every day.

The suit, which claims invasion of privacy, retaliation, unfair business practices, and other allegations, seeks damages in excess of $500,000 and asserts she was monitored on the weekends and times when she was not working. Arias was uncomfortable when she realized her boss could physically track her nonstop. Then it got worse when her direct supervisor joked that “he knew how fast she was driving” on any given day.

“She was offended that the app would track her when she was at home with her family doing personal, private things on the weekends,” said Arias’ attorney, Gail Glick. She compared the app to a prisoner’s ankle bracelet and informed Stubits that his actions were illegal. Stubits replied that she should tolerate the illegal intrusion. Arias uninstalled the app on her company phone.  Then her  boss “scolded” her for uninstalling the app shortly after being required to use it, according to the suit. Her attorneys said the woman made $7,250 per month and that she “met all quotas” during a brief stint with Intermex last year. Arias and another coworker complained and deleted the app. A few weeks later, they were both fired. Only Arias has sued so far, Glick said.