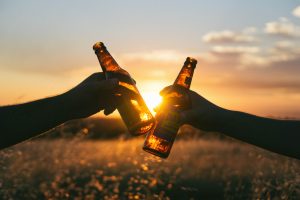 Earlier this month the NTSB released a controversial proposal that asked states to lower the legal blood alcohol limit from the current 0.08 percent threshold to 0.05 percent. The NTSB says that the goal of the new rule change is to lower the number of drunk driving deaths in the United States, something the agency estimates would lower fatalities by eight percent.

You would expect that after the announcement, the powerful lobbying group Mothers Against Drunk Driving would stand up and cheer. Far from it. MADD and several other influential lobbying organizations have so far failed to embrace the measure, with MADD issuing a statement saying it was only “neutral” on the NTSB’s proposal.

You might be wondering why a group that is dedicated to ending drunk driving would only be neutral to a proposal that would lower the legal alcohol limit. The answer, according to MADD, is that the new push by the NTSB is designed to target the wrong group of people. Rather than go after repeat or exceptionally intoxicated drivers, the new measure instead targets social drinkers, a group MADD says does not represent a serious threat to ordinary motorists.

Rather than waste valuable time and money chasing after social drinkers who are not seriously impaired, MADD suggests law enforcement agencies direct more energy into other dangerous driving behaviors that are responsible for far more deaths each year. MADD has said that it believes states should make the use of ignition interlock devices a priority as those have been shown to dramatically infringe on the ability of repeat drunk drivers to get behind the wheel.

The numbers back up MADD’s claims. One study revealed that drinkers in the 0.05 to 0.08 BAC range do not represent a serious threat to most motorists. Instead, the study found that the average BAC level of a drunk driver involved in a deadly car accident is 0.16 percent. The data also showed that 70 percent of all drunk driving deaths occur in accidents where the driver had a BAC of 0.15 or higher. Spending time tracking down and arresting those with levels many times lower than this seems like a misallocation of finite law enforcement resources.

MADD says that beyond dedicating efforts to increase the use of ignition interlock devices, law enforcement agencies should also spend time and money cracking down on the scourge of texting while driving. A recent study conducted by the New York Cohen Children’s Medical Center found that texting and driving is now the leading cause of death among teenager drivers. This change marks a dramatic reversal after decades of drunk driving being the number one reason for teen drivers’ deaths. The group said that each year an estimated 3,000 teens die from texting behind the wheel while another 300,000 suffer injuries. Drunk driving, on the other hand, causes 2,700 teen deaths each year and leads to 282,000 injuries. While MADD says these number are not meant to minimize the danger of drinking and driving, the group says it believes rather than further restrict the legal alcohol limit, efforts should be made to get the problem of distracted driving under control. To push for a lower legal limit would expend much needed police resources on a problem that is likely to yield relatively few results.