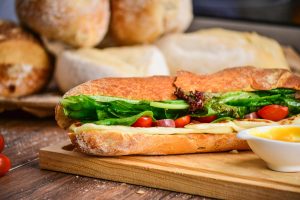 Despite the previous notion that McDonald’s chicken nuggets are comprised of a pink slime mixture, the company put the debate to rest by supplying the public with a list of ingredients.  While pink slime is not included in the list, there are about ten components in a McNugget, such as white boneless chicken, water, salt, safflower oil, and sodium phosphates.  Although this fast-food item is not exactly 100% chicken, it still remains one of the top favorites among McDonald’s patrons.  Another high-ranking quick service chain, Subway, has become the topic of a similar dispute.

Following a 2017 report disclosed by the Canadian Broadcasting Corporation, Subway was challenged to disprove the findings that the percentage of actual chicken meat in some of its sandwiches was 50%. Subway considered the report to be defamatory and filed a lawsuit against the CBC in an Ontario, Canada court. The fast-food company sought damages in the amount of $158 million US dollars, attributing its loss of sales as a direct result of the report.  Headquartered in Milford, CT, Subway houses more than 3,000 franchise locations in Canada. Subway’s lawsuit did not progress as initially anticipated.  In fact, the company has to pay the defendant.

Last November, the lawsuit ended, as an Ontario judge ruled in favor of the CBC’s motion to dismiss the case in pre-trial. Subway has been issued to pay $500,000 to the CBC to cover legal costs.  Under a legal code provision known as anti-SLAPP, the lawsuit was allowed to be dismissed due to the public interest element of the original report from the CBC, as well as the promise of free speech under the First Amendment.  Naturally, humans may be interested to know what goes into their food products and the report did not necessarily serve as intended defamation against Subway, but rather, more as a warning to food-conscious individuals.  Under the First Amendment, the CBC is afforded the right to broadcast known information that may affect the public.  The CBC arguably exercised its due diligence.