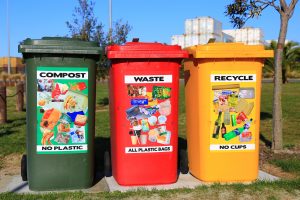 By February 26, landowners in Colorado must respond to a motion filed on behalf of Boulder County. Legal counsel is asking for a dismissal of the lawsuit filed by the landowners, who are attempting to protect an easement that was previously placed on a property. There are discussions surrounding the property and its potential use for a compost facility. By collecting 20-30% of compostable trash, the plan to develop the open land on 107th Street would help to combat the growing waste issue. In addition, the facility would present the opportunity for a decrease in the necessity of landfills.

Despite the benefits that this facility may offer, three landowners filed a lawsuit in search of a permanent injunction that would maintain a conservation easement and prevent development. According to their claim, the plan to build the compost facility is in direct violation of county policy and state tax law. There is a problem with spending taxpayer money for the purpose of commercial use. On the Boulder County website, the proposal for the facility comprises the annual acceptance of 50,000 tons of trash, which is limited to food and animal manure, and vegetative waste.

Based on the fact that the plans for constructing the facility have not been finalized, county lawyers have filed a motion to dismiss the legal proceedings. The motion references no clear injury suffered on behalf of the three landowners who initially filed the lawsuit. The facility has not been developed and therefore the event that the landowners are arguing against has not occurred. The decision to approve the project is at the hands of the Board of County Commissioners. If approved, an appeals process may take place where the three landowners who object to the development are legally able to participate. At this time, however, county lawyers argue that the lawsuit filed by the landowners do not have any legal standing.