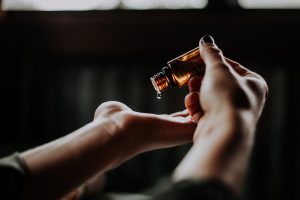 Following the announcement of the verdict in the ongoing Johnson & Johnson baby powder case, the company’s stock shares fell 1.4%. In the Missouri joint lawsuit, 22 women claimed a direct correlation between their long-term use of Johnson & Johnson baby powder and their ovarian cancer diagnoses. A jury agreed with the evidence and testimony presented in the lawsuit and awarded $4.69 billion to the women. This compensation amount placed this lawsuit as the 6th largest product-defect verdict in the history of the US.  Johnson & Johnson is fighting back and is confident that the verdict will reverse in an appeal.

The original purpose of the lawsuit was to place blame on Johnson & Johnson for the company’s awareness of asbestos present in the talcum used in the baby powder. The plaintiffs argued that J&J employees knew about the possible presence of asbestos in the talcum for over 30 years, but did not do anything to warn consumers about the risk.  The women named in the lawsuit used the baby powder regularly on their genital areas and inhaled the powder unintentionally.

Despite the verdict, Johnson & Johnson contends that the company is not accountable. A spokesperson for the company has highlighted a large error in the trial that will aid in the reversal of the verdict. Many of the women in the lawsuit are not from Missouri, so there is an issue with jurisdiction. The opinion of cancer experts will also help J&J appeal the case. In particular, the American Cancer Society verified that all household products have remained asbestos-free since the 1970s. As added confirmation, the Food and Drug Administration found zero traces of asbestos in any of the talcum powder checked in baby powder.

It is perhaps easier to establish a link between cancer and smoking or alcohol use, chemical exposure, or sexually transmitted viruses. It is a more complex process to confirm that the inhalation or application of J&J baby powder leads directly to cancer.  Some talcum contains asbestos, but only in its natural condition; and there is talcum that is asbestos-free. Only the asbestos-free talcum is argued to be the product used in household items. In this case, the lack of scientific evidence and reliance on the assumption of causation is not enough to affirm a $4.69 billion verdict. At least, that is the hope for Johnson & Johnson.