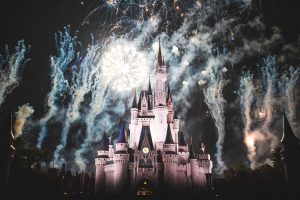 In an age where we learn more and more about cognitive diseases on a daily basis, sometimes it’s the oldest of establishments that take the longest to conform to societal upgrades.  In a recent discrimination lawsuit filed against Walt Disney Parks and Resorts, 25 parents and guardians have assembled what they hope is a precedent for people suffering from cognitive diseases for all time to come.  Prior to the 2013 change, disabled persons, including autistic children, were issued a Disney Guest Assistance Card (GAC), which allowed them to go to the front of the line.  Disney Park’s new program DAS (Disability Assistance System), now institutes that any disabled person will only be able to access the rides during specified time slots, constituted by Disney’s DAS team.

The suit is being captained by attorney Mike Arias, whom has set precedent for individuals and families of the cognitively disabled across the country.  “I have known many autistic children.  They tend to be excited very easily.  Disney has to recognize the specifics of a disability,” says Arias. “They can’t offer the same plan for every person with a disability.”  Disney has said publicly it denies it is doing anything wrong and says the suit has “no merit.”

According to the 2010 press release regarding Austism in American children, The Centers for Disease Control states that 1 in every 68 children are affected by the disease.  If Disney loses the injunctive relief suit and changes its policy, it will be the first domino of many to topple over for the fight against cognitive diseases, and the rights of those affected.  While no hard evidence exists, many scholars believe Walt Disney himself suffered from related cognitive disorders.  We shall see if the people of Walt Disney Corporations use this unique opportunity to set a precedent for the disabled across the world, paving the way for all to follow.