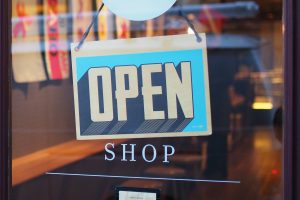 Lawsuit comes to a close

Popular super center, Walmart, plans to settle a 2015 discrimination lawsuit, which focuses on the fact that until 2014, employees were denied health benefits for their same-sex spouses. The lawsuit was originally filed in Massachusetts, and on December 3, the opposing parties decided to settle in the US District Court of Massachusetts.
A Massachusetts Walmart employee, Jacqueline Cote, initiated the lawsuit, after facing consistent rejection of medical coverage for her wife, who was undergoing treatment for ovarian cancer.

The cost of treatment and other medical bills escalated to about $150,000. Cote asserted that Walmart was violating “the Civil Rights Act, the Equal Pay Act and the Massachusetts Fair Employment Practices Law.” The Equal Employment Opportunity Commission determined that Cote had a case of discrimination based on sexual orientation.

Walmart’s contract change went into effect in 2014, which incorporated a stipulation to allow same-sex spouses to take advantage of the employees’ health benefits. The disputed timeframe in the lawsuit is from January 2011 to December 2013, when same-sex spouses were not included in the coverage policy.
While admitting no wrongdoing or fault, the large company has agreed to pay out $7.5 million, which will cover legal costs and compensation for all affected employees involved in the lawsuit. Walmart’s decision to settle is based on the premise of avoiding ‘“significant expense, delay and inconvenience of further litigation.”’ To reimburse for the benefits employees were previously denied, Walmart estimates that any one employee will receive between a few hundred dollars to $15,000. A few thousand employees and previous employees are eligible to receive the perks of the settlement.
Despite the company’s reluctance to admit liability for the discrimination allegations, Walmart hopes that this resolution will create an assurance that “same-sex and opposite-sex” spouses are treated equally under the company’s health benefits.