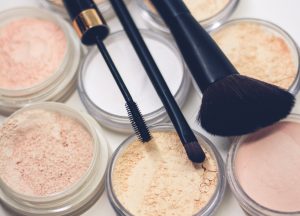 A $0.48 comb could escalate into a lawsuit worth thousands of dollars.  Essie Grundy, a California resident, filed a lawsuit in California Superior Court in Riverside County.  The filing stems from several shopping trips Grundy took to Walmart, during which she succumbed to asking an employee to unlock a cosmetic counter. The beauty products behind the glass, Grundy argues, were specific to only African American use.  On one particular occasion, Grundy asked to see a $0.48 comb from behind the glass and was not allowed to physically take the comb until an employee walked it up to the register to be purchased.  Feeling racially attacked, Grundy proceeded with legal action.

Prior to filing the lawsuit, Grundy had asked a Walmart supervisor why the cosmetics were locked up behind a glass case.  She was advised that this added security measure was a corporate decision and employees were not able to deviate from the new policy or make any exceptions.  The items that were locked up were classified as merchandise that is commonly stolen. Those selected items may differ in every Walmart chain.  While one store may lock up beauty products, another store may keep sheets or electronics behind a protective glass.  Not satisfied that this reasoning was legitimate, Grundy filed the lawsuit in an attempt to prove Walmart’s policy as racially insensitive.

In the argument, Grundy claims to have felt like she was targeted as someone who might steal, which is not the case.  She is seeking $4,000 in damages and is asking for Walmart to pay her attorney fees and adjust their newly upgraded security policy.  On the other side of the lawsuit, Walmart, operating as a business, is trying to implement new tactics to avoid the risk of stolen merchandise.  A representative from the company assures the public that the products selected for extra security are not meant to target individuals or present a shopping experience that is perceived as discriminatory.