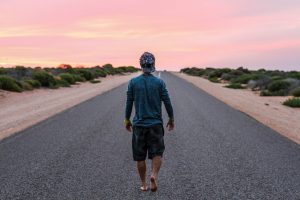 Just say no to barefoot running

Approximately 70 million Americans purchased a pair of those “weird looking barefoot running shoes”, which retail for around $100 per pair. Vibram, the company behind FiveFingers shoes, just settled a $3.75 million  class action lawsuit over false health claims made. The Huffington Post states, “The thin-soled, flexible shoes are said to mimic the experience of running in bare feet, and thus “improve foot health” — an unsupported claim the company falsely advertised”. Vibram claimed several health benefits of the barefoot running experience such as stronger foot and leg muscles, improved range of motion, improved posture, and several others. Experts have now said that barefoot running can actually negatively impact foot health.

“The lawsuit was first filed by Valerie Bezdek in March 2012. According to court filings, Bezdek claimed that Vibram deployed deceptive marketing, without basing its claims on any scientific research”. Members of the suit who purchased a pair of the shoes after March 2009 can submit a claim form and receive a refund of up to $94 per pair of FiveFingers shoes. The second part of the settlement bans Vibram from making any future claims about the health benefits of their product. The only way Vibram is allowed to make any such claims are if they are well supported by scientific research, versus being a well targeted marketing tactic. Vibram is only one of several large companies who are capitalizing on a demand for health “shortcuts”.

According to the New York Times, The Federal Trade Commission has accused at least four companies just this year of marketing “unfounded promises” of weight loss simply by using a cream or food additive. Weight-loss products accounted for the largest share of fraud claims submitted to the FTC in 2011″. Companies can make huge quantities of money simply by capitalizing on the desire so many people have for a quick weight loss and improved athletic performance. Hopefully this Vibram settlement serves as a cautionary tale for companies in similar circumstances.