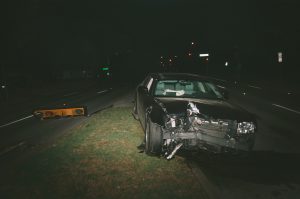 Uber, a ridesharing service based in San Francisco is getting a lot of flack from local, state and international authorities. Uber is a ride sharing service that uses a smart phone app to connect drivers with passengers. Passengers sign up for an account and provide their credit card information used to pay for the ride. When they request a ride, the app provides an estimated arrival and fare before the passenger confirms and an Uber driver agrees to provide the ride. The drivers are not licensed taxi drivers, just people looking to earn some cash for ridesharing. The company and its network of drivers, acting as independent contractors, are operating illegally. It is generally cheaper than a taxi which also puts them at odds with taxi drivers. They don’t pay taxi license fees or taxes so they charge less and undercut the legitimate taxi services.

City officials in Eugene, Oregon have said Uber continues to flout city regulations by not obtaining a required license to operate, and they have asked the company repeatedly to cease operations. Licensing  is required for the company and its drivers to ensure vehicles are safe, insured and easily identifiable, and that drivers don’t have criminal backgrounds. Cities across the country are feed up with Uber and will fine any drivers they are aware of. Uber has received cease orders in numerous cities in the U.S. and also in Canada, Germany, Australia, U.K., India, and other countries. On Oct 30, 2014 the Nevada Transportation Authority unanimously supported Attorney General Catherine Cortez Masto’s strategy to take legal action against illegal passenger carrier activity in the state. Uber is also prohibited from operating in Miami, Orlando, Austin, Nashville and other cities.

So far, 13 jurisdictions in the U.S. have adopted regulations for ridesharing companies, including Washington, D.C., Colorado and California, according to Uber.  In Colorado even though Uber is regulated it still has issues. On Halloween night 2014, Colorado, Uber users were outraged by surge charges making some rides equivalent to $40 per mile or higher. The surge charge is an extra fee charged during peak hours. This is not something you would ever pay with a taxi service. Meanwhile, Uber says it will continue operating without oversight and without paying licensing fees, all the while poaching clientele, building driver fleets and eroding business for the cab industry.