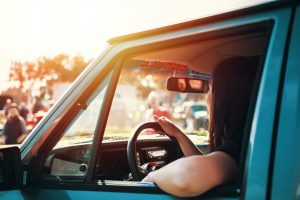 While many people love the convenience of having a car appear at your doorstep at the tap of a button, it appears that those days may be numbered. The popular transportation services Uber and Lyft are headed to the courtroom, thanks to unhappy drivers. The main issue seems to center around a debate on whether or not the drivers of these services are employees or simply independent contractors. We’ve talked in the past about Uber’s problems with the law, however this series of lawsuits may force the companies to alter their business model. The lawsuits were filed in the San Francisco Federal Court and are only relevant to California-based drivers, although the results of each class-action will be closely monitored by drivers across the United States.

A main concern of drivers for both services is the lower fares and skewed tipping system. This is forcing Uber and Lyft drivers to demand higher wages, yearly salary, and other benefits just as if they were employees. Drivers cite the fact that they pay for their own gas, any maintenance on the vehicle, car washes, and most importantly, car insurance. The thought of unionizing has been brought up, which admittedly would scare Uber and Lyft just as much as the lawsuits themselves. A lot of other issues need to be clarified with the driver/company relationship, such as paid taxes.

Curious to see how Uber’s incredibly successful business model worked from the inside, I actually tried to sign-up as an Uber driver. The process itself seemed simple enough, although I ran into some complications. For starters, Uber caters to Apple users (I have an Android Phone), and requires drivers with Google-powered phones to pay extra fees to have an Uber-specific iPhone. This was a main deterrent for me, as I would prefer no added fees and was interested in a “less commitment, more profit” service. Service fees and taxes aside, it all seemed like a feasible method for people to generate new income. Uber has found that with any success comes detractors, and unfortunately, legal trouble.