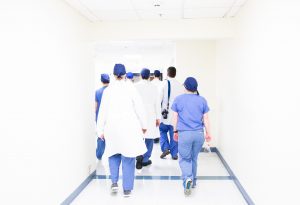 A 25-year-old case is emerging from the filing cabinet as a point of interest for Mississippians. In 1997, Mike Moore, who served as the state’s Attorney General at that time, announced a national settlement against the tobacco companies. The lawsuit placed restrictions on cigarette advertising to the nation’s youth and allowed funding opportunities for the campaign against tobacco use. Although the impact of the settlement is significant, with the percentage of youth smoking decreasing from 27% to 4% and adult smoking reducing from 30% to 12%, there is a growing problem with the failure to maintain a trust fund in Mississippi.

The national $365 billion settlement promised a payout of $4 billion to the state over 25 years, with annual disbursements of $100 million or more, based on a projected algorithm. This $100 million secondary payment was meant to last forever and help assist in the cost of health care for the state. Aiding in the treatment of smoking-related diseases served as the primary objective and in terms of that priority, the settlement has succeeded. For example, lung disease has decreased by 50% and additional illnesses that are related to smoking have also declined. Mississippians, however, are concerned with the money that has gone missing from the trust fund.

If managed properly and as promised, by now, the state would have collected $4 billion, earning about $320 million per year. Political motives may be attributed to the elimination of the trust fund. In 2005, a Medicaid deficit was determined to be more important, and legislation was subsequently passed to remove $240 million from the fund. Prior to that decision, $630 million had been collected for the fund and by the time the money was distributed to satisfy budget issues, the trust fund had depleted to $50 million. While the trust fund would have operated as a lasting, beneficial tool for Mississippians, it may also be argued that the funding derived from the lawsuit has already aided in a healthier future for its residents.