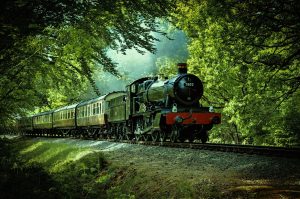 Each year, thousands of people are killed or injured in train incidents. The Federal Railroad Administration (FRA) reports that the number of train crashes has been increasing since 2013. Two of the deadliest train crashes in the past 25 years happened in 2015. A September 2016 commuter train accident in Hoboken, NJ killed one woman and injured over 100 passengers. In January 2017, a train derailed in Brooklyn, NY, sending dozens of commuters to the hospital.

To cover the physical and psychological trauma of accidents, survivors are often entitled to monetary compensation. Because they’re in situations beyond their control, they stand a good chance of winning. Such is the case in a devastating May 2015 Amtrak crash in Philadelphia, PA that killed eight passengers and injured 140. The train derailed after hitting a corner at over 100 mph, which far exceeds the 50-mph speed limit. A settlement, reached in October 2016, awards $265 million to the wounded.

To date, the Amtrak settlement is the largest in its class. In December 2015, Congress raised the damages cap for a single rail accident from $200 million to $295 million at the request of policymakers, victims, and victims’ families, who sought adequate compensation not limited by an outdated liability cap. The lawsuit cap is part of the $305 billion highway funding bill, which has a provision that retroactive lifts Amtrak lawsuit caps.

Following that victory, legal action is in the works for both recent commuter train accidents in the New York-metro area. The family of Fabiola de Kroon, the woman killed in the Hoboken crash, has filed a notice of claim against New Jersey Transit. Other injured passengers are also planning to sue. The crash in Brooklyn is still under investigation, but lawsuits will surely be forthcoming.

From human error to mechanical failure, there are many causes of railroad mishaps. But with the number of incidents on the rise, it’s clear that something must change.  Taking measures such as maintaining tracks, servicing trains, and making railroad crossings more visible could prevent disasters in the future.