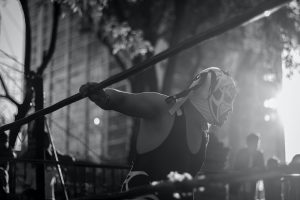 The match has ended

About fifty former wrestlers from World Wrestling Entertainment (WWE) have accused the organization of failing to provide adequate protection and safety to its wrestlers.  While they make the job look easy, wrestlers do experience complications and face injuries related to their sport.  One of the more frequent injuries associated with professional wrestling is the concussion. Although defined as a soft tissue injury, repeated concussions may leave lasting impacts on an individual’s brain and system function.  Throughout the course of a wrestler’s career, he or she may suffer from more than one concussion.  For this reason, the fifty former wrestlers filed a lawsuit against WWE.

According to their claim, WWE was fully aware of the potential risks involved but failed to properly warn wrestlers of the possible long-term dangers associated with their job title.  Among the wrestlers named as plaintiffs in the lawsuit, some of the recognizable names include Jimmy “Superfly” Snuka, Paul “Mr. Wonderful” Orndorff, and Chris “King Kong Bundy” Pallies.  Some of the side effects of repeated concussions include chronic traumatic encephalopathy (CTE) and dementia or memory loss.  Despite the noted physical and mental deterioration of the plaintiffs, the 2nd US Circuit Court of Appeals dismissed the case in New York City. Previous attempts to sue WWE concerning this issue were dismissed two years ago in a Connecticut courtroom. The cases were dismissed due to expired statute of limitations or frivolous claims against WWE.  Additional lawsuits in the past have been dismissed, as the filing of the claims were attempted after the statute of limitations expired.

Other industries have faced similar lawsuits regarding injuries associated with the sport.  The National Hockey League and the National Football League have settled in the past with their former players, who have sued following concussions and similar head injuries.  Despite the precedent set, WWE is not held to the same liability. While the injuries sustained in the NFL and NHL are left to chance and the impromptu movements of players, WWE wrestling is choreographed.  The winner is determined before the match begins.  Arguably, wrestlers should assume the risk associated with their planned routine.  On the other side of the argument, WWE should assume responsibility for planning matches that are potentially dangerous.