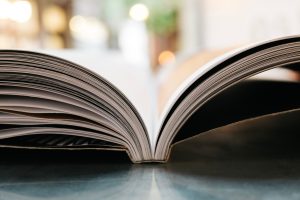 Don’t believe everything you read.

Following two recent headlines in two publications, Tom Cruise has elected to file a Lawsuit for 50 Million dollars. The Lawsuit, which claims damages against the highly esteemed Hollywood Actor, lays in the wake of a “disgusting, vicious lie” according to Cruise’s Lawyer, Bert Fields. Both Life & Style and In Touch Magazines, which ran the stories are owned and operated by Bauer Publishing. The tabloid magazines ran similar headlines in early October surrounding Cruise, his 6 year old daughter Suri and his now ex-wife, Katie Holmes. Life and Style alleged “Suri in tears: Abandoned by her Dad” while In Touch added “Abandoned by Daddy.” Cruise’s Lawyer confirmed the suit publicly, and added a statement to TMZ detailing where the news organizations had gone wrong.

“Tom is a caring father who dearly loves Suri. She’s a vital part of his life and always will be. To say he has ‘abandoned’ her is a vicious lie. To say it in lurid headlines with a tearful picture of Suri is reprehensible. Tom doesn’t go around suing people. He’s not a litigious guy. But when these sleaze peddlers try to make money with disgusting lies about his relationship with his child, you bet he’s going to sue.” These serial defamers are foreign owned companies with their global headquarters in Hamburg. They take money from unsuspecting Americans by selling their malicious garbage. Having to pay a libel judgment may slow them down.”

Although Cruises marriage has subsided, it’s clear that his public image is on the forefront of his mind. This is not the first time he has sued a publication. The Daily Express, National Enquirer and Vanity Fair have all been subject to Cruise in the past.