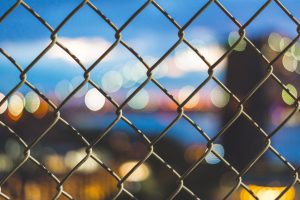 On Jan. 28, President Trump signed an executive order prohibiting travelers and refugees from seven Muslim-majority countries – Sudan, Somalia, Yemen, Syria, Iraq, Iran, and Libya – from entering the U.S. A flurry of legal activity has followed in the wake of the presidential order. Since Friday, immigration lawyers have flocked to U.S. metro airports to file petitions for clients while individuals, corporations, and states have begun a quest for legal assistance.

In the past week, 14 lawsuits have been filed nationwide challenging the executive order. They name, among others, President Trump, the Department of Homeland Security, and the U.S. Border Patrol as defendants.

The following lawsuits – including class action and federal lawsuits – have been filed so far:

Dr. Amer al-Homssi, a medical student from the University of Illinois, arrived at the Abu Dhabi International Airport on Sunday for a flight home to Chicago. His J-1 visa was cancelled and he must wait 90 days for instruction from the U.S. Embassy. Homssi, a Syrian citizen, filed a complaint on Tuesday stating he may lose his legal United Arab Emirates residency if he is unable to return to the U.S. to finish his medical training. In that case, he’ll have no choice but to return to Syria.

A second Chicago resident, who is a citizen of Iran and a legal permanent resident of the U.S., filed a lawsuit on Monday after being barred from returning to the United States. The man went to Iran in January to care for a sick relative and was banned from purchasing a return ticket for his flight home in February as originally scheduled. He is now being held in Iran for at least 90 days.

On Saturday, Syrian brothers Basam Asali and Hassan Asali were detained at the Philadelphia International Airport after returning on a flight from Syria. Both are lawful permanent U.S. residents. They also have a brother who is an American citizen. The Asalis were given two options upon returning home: return to Syria or go to prison. The men, who had no investigation into their case and were not given translators, were sent back to Damascus. They filed a lawsuit on Tuesday.

In Virginia, the Council on American-Islamic Relations (CAIR) filed the largest lawsuit yet against the presidential order. The lawsuit, filed on Monday, states that the order divides foreign nationals, discriminates based on religion, overtly discriminates against Muslims, and fails to protect constitutional rights for all. Many plaintiffs in this case would face a forced deportation back to their original countries without legal intervention.

On Tuesday, Zakaria Hagig, a Libyan Muslim college student in Denver, filed a lawsuit in the U.S. District Court of Denver on Tuesday. Hagig, a lawful U.S. resident, claims that the executive order violates his rights to due process and freedom of religion. He argues a constitutional right to travel freely to Libya for emergencies and be able to return to the U.S. without being denied re-entry with no justification or due process protections.

Disabled Iraqi citizen Labeeb Ibrahim Issa flew to Dallas last weekend hoping to escape fear and persecution in his home country. Upon arriving, he was detained for 15 hours by the U.S. Customs and Border Protection. Mr. Issa is employed as a driver for the U.S. Army in Iraq. In 2016, he was attacked because of his affiliation with the U.S. military. That attack left him seriously injured and confined to a wheelchair. Issa was granted a special immigrant visa for proving that his employment with the U.S. government presented a serious safety risk to him in Iraq. He filed a lawsuit on Tuesday.

On Monday, the American Immigration Council, the Northwest Immigrant Rights Project, and the National Immigration Project of the National Lawyers Guild filed a class action lawsuit in the District Court for the Western District of Washington. Plaintiffs claim that:

• Visa program applicants have already undergone a lengthy screening and application process;
• The executive order has banned immigrants from entering the United States at airports nationwide; and
• Government officials are prohibiting or revoking pending visa applications

In a second case, two people were held at Seattle’s international airport after arriving on Saturday. They were then scheduled involuntarily for a flight to Dubai. The Northwest Immigrant Rights Project filed an emergency petition for writ of habeas corpus and a motion for a temporary restraining order on the plaintiffs’ behalf. U.S. District Judge Thomas Zilly suspended the deportation and stopped defendants from further action without court orders.

On Saturday, the New York District Court ordered an emergency stay for two Iraqi men, Hameed Khalid Darweesh and Haider Sameer Abdulkhaleq Alshawi, who were held overnight at JFK airport. The stay, issued by U.S. District Judge Ann Donnelly, prohibits the detainees from being sent back.

The University of Massachusetts at Dartmouth is awaiting the fate of two associate professors. The professors, both Iranian nationals, were kept at Boston Logan Airport after returning from a conference abroad. U.S. District Judge Allison Burroughs granted plaintiffs a week-long restraining order and instructed them to file an amended complaint.

On Saturday, approximately 60 lawful permanent U.S. residents detained at Dulles International Airport and not allowed access to legal counsel filed a motion. Plaintiffs were granted a 7-day restraining order by U.S. District Judge Leonie Brinkema that prohibits plaintiffs’ deportation and gives them access to counsel. The plaintiffs’ amended complaint clarifies their class as “individuals with legal permanent resident status, or who are traveling with valid U.S. immigrant visas and have been or may be detained and forced to sign a Form I-407.”

Ali Khoshbakhti Vayeghan, an Iranian citizen, filed a lawsuit on Saturday after facing deportation back to Iran. Mr. Vayeghan was granted a temporary restraining order on Sunday blocking his deportation, but U.S. officials had already put him on a return flight to Dubai. U.S. District Court Judge Dolly Gee requested Vayegan’s return to the U.S. and prevented authorities from barring him admittance.

On Monday, Attorney General Robert Ferguson of Washington filed a case on his state’s behalf against President Trump, the Department of Homeland Security, DHS Secretary John Kelly, Secretary of State Tom Shannon and the United States. It is their obligation, he says, to protect his state, its residents, and its businesses from illegal actions taken by the president and federal government. Ferguson’s lawsuit claims the executive order is separating Washington’s families and undermining its interest in providing immigrants and refugees with a supportive and welcoming environment.

Following Washington’s lead, attorneys general of Virginia, New York, and Massachusetts plan to intervene in the federal suits filed in their states.

On Tuesday, San Francisco became the first U.S. city to formally challenge the president’s order. Dennis Herrera, the city’s attorney, states that the federal government’s decision to withhold federal funding from San Francisco and other sanctuary cities – which provide a safe zone for immigrants and refugees – is unconstitutional.

Only time will tell the outcome of the cases above, but it is apparent that the long legal battle over immigration rights, religious freedom, and constitutional rights is just beginning.