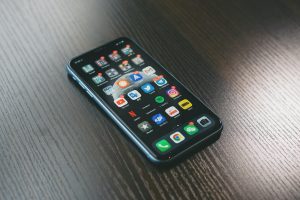 Concerning a prior consumer complaint, which accused Facebook of violating an Illinois privacy law, a settlement has been reached and approved by a judge. According to the lawsuit, without the permission of users, Facebook has used facial-recognition technology to help tag photos on profiles. The lawsuit was initially filed in 2015 in Illinois, where state privacy laws specifically forbid this type of biometric collection and storage of data without the consent of members. Since the lawsuit began, Facebook has altered its technology and has also been ordered by a judge to pay $650 million in compensation.

Prior to Facebook’s change in technology to help rectify the situation, the facial recognition feature was provided to users as a default function. Essentially, some users may not have initially recognized that they were presented the option to change their preferences to turn off the feature. When users first realized that the technology violated privacy rights, Facebook agreed to pay just $550 million in compensation. The payout per claimant would range from a meager $150 to $300 a person. If the parties were forced to go to trial, Facebook might have been liable to pay $47 billion, which would equate to about $5,000 per claimant. Prior to the settlement, the lawsuit reached class action status.

Although there is still a chance for an appeal, the Facebook users that will reap the benefits of this settlement include the 1.6 million Illinois residents who presented claims. Each claimant will be provided a prompt check in the mail worth at least $345. This settlement amount measures one of the largest for a privacy violation lawsuit. Despite the plan for the distribution of settlement funds, Facebook is ready to move past the legal battle and intends to focus on salvaging a reputation that investors and shareholders may support.