Typically, adultery is mentioned as a cause for divorce, but in the state of North Carolina, it may be grounds for a lawsuit. Francisco Huizar III plans to appeal an order requiring him to pay $8.8 million to the husband of a woman he romantically pursued for 16 months. Despite the debate behind North Carolina’s arguably outdated alienation of affection laws, Keith King felt it necessary to take legal action against the man whom he points to as the catalyst for his shattered marriage to Danielle Swords. END_OF_DOCUMENT_TOKEN_TO_BE_REPLACED 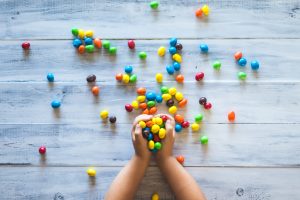 Well, well, well.  Is anyone really surprised that there has been a sex crime committed in the U.S. Army?  I’m sure not.  Hopefully, there is enough evidence to bring Brigadier General Jeffrey Sinclair to military court.  He faces charges of forcible sodomy, wrongful sexual conduct, and engaging in inappropriate relationships.  A married captain and once a subordinate of Sinclair testified against the General.  They apparently had a three year relationship in which they had sexual relations in Iraq, Germany, Afghanistan and Fort Bragg, North Carolina.  Sinclair took advantage of his superiority, sexually harassing the captain and four other women in the past five years.  The captain claims that she had sex with Sinclair with pleasure but that he had forced her more than once to perform oral sex.  He had also threatened to kill her and her family when she tried to end the affair.