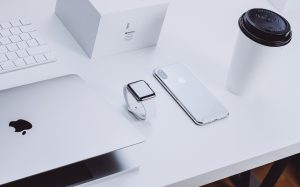 If it ain’t broke, don’t fix it; but you can always make it smaller.  Apple has officially unveiled the iPad Mini, the latest version of their revolutionary tablet.  Prices are starting with a $329 (the 64 GB will retail for $659).  The iPad Mini’s 7.9 inch display gives it a leg up over its competition such as the Google Nexus and Amazon’s Kindle.  The screen size puts it right between the iPad and the iPhone, catering quite nicely to loyal Apple owners who were looking for the middle ground.  iPad Mini pre-orders are already being taken through major outlets and the device will be officially released in the United States on November 2.  How excellent, just in time for the holiday shopping season.  Although, Apple shares took a 2% hit immediately following the announcement due to investor letdown. END_OF_DOCUMENT_TOKEN_TO_BE_REPLACED