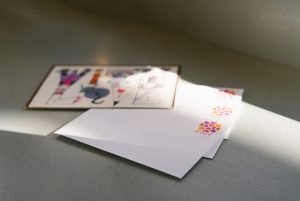 The thought that we are practically always under surveillance can feel unsettling.  The idea may lead us to second guess our internet searches, our purchases in the grocery store, or our text messages to friends and family.  Hundreds of reported women throughout the country, however, have recently raised concerns about communication they have received that does not necessarily coincide with their everyday patterns and habits.  Their red flags have triggered the search for a “Jenny B” and her reason for sending them coupons, gift cards, and greeting cards.  What is the purpose of this kindness?  According to the cards, it is to congratulate the women on their recent pregnancies.  The disturbing factor in this string of events is that many of the women who have received the gifts are not pregnant. END_OF_DOCUMENT_TOKEN_TO_BE_REPLACED 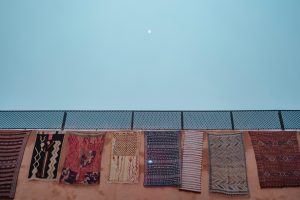 When it comes to Yelp reviews, businesses expose themselves to a variety of comments -from the happiest customers to the most outraged ones. One small business owner, Mr. Joe Hadeed, is taking a stand against several negative reviews posted on Yelp’s website. Hadeed is the owner and operator of Hadeed Carpet Cleaning, a small, Virginia-based business with a listing on Yelp’s website. After his listing received several anonymous negative reviews, Mr. Hadeed decided to take legal action. Hadeed’s lawyer, Mr. Raighne Delaney “issued a subpoena demanding the names of [the] seven anonymous reviewers” (Howell & Swarts, 2014). Delaney and Hadeed argued that the reviews were created by fictitious customers and therefore were fraudulent posts. END_OF_DOCUMENT_TOKEN_TO_BE_REPLACED

Anyone who scoops Nutella with a spoon has no intention of using it as a “spread.”

Nutella, the hazelnut spread considered by some to be the immortality-inducing ambrosia of myth, was alleged in a class action lawsuit to not be as healthy as advertised.  How anyone can believe that a product akin to a peanut-butter-chocolate lovechild is healthy is beyond me, but nevertheless, the company that makes it, Ferrero, now must pay out $4 per container in trust to anyone who bought their product over a four-year period.  If you bought a jar of Nutella between Jan. 1, 2008 and Feb. 3, 2012, you’re entitled to recompense for up to five jars, or $20.  A fund of $2.5 million will be set up by Ferrero to pay out these claims.

In addition to the monetary penalty, Ferrero agreed to change its advertising to remove any suggestions that Nutella is healthy.  What used to say “An example of a tasty yet balanced breakfast” will now say “Turn a balanced breakfast into a tasty one.”  Astute readers will note that these two phrases are not very different at all.  The key distinction, though, is that the former slogan implied that Nutella is both tasty and balanced, while the new one only implies that Nutella adds some taste to an otherwise bland albeit healthy breakfast.  Ignoring the fact that many Nutella aficionados eat it by the spoon as meal in itself, this new advertising will actually make little impact on the perception of Nutella as healthy.  I don’t think Ferrero was actually fooling anybody with their previous slogan for the 100 calorie-per-tablespoon spread.

To find out how to file a claim on your own jar of fraudulently-advertised hazelnut butter, visit the official Nutella class action settlement website.