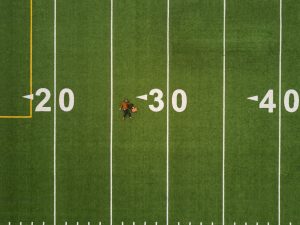 Unsportsmanlike conduct could be a bit of an understatement.  After being indicted for the alleged murder of a man in Massachusetts, Aaron Hernandez, former Tight End for the New England Patriots, is also being sued.  Alexander Buckley claims that when Hernandez was in college in Florida, he was “shot and left for dead” by the former NFL star.  Summoned to the stand during the grand jury investigation into Hernandez, Buckley was asked about the incident that left him with a missing eye.  A Superior Court judge in Falls River, MA motioned to see what more information Buckley had against Hernandez.  Buckley is seeking $100,000 in damages. END_OF_DOCUMENT_TOKEN_TO_BE_REPLACED

In light of the recent Powerball lottery, a murder trial with Dorice Moore seems all too relevant.  Dorice Moore was the financial adviser to Abraham Shakespeare and is now on trial for first degree murder for the death of her client.  Mr. Shakespeare was once a multi million dollar lottery winner in Tampa, Flordia, but is no longer reaping the benefits.  Ms. Moore allegedly shot Abraham in the chest and spine, and then continued to bury his body under a concrete slab in her backyard.  There are no eyewitnesses as of this moment but prosecutors have no doubt that she knew something up was when Mr. Shakespeare went missing.