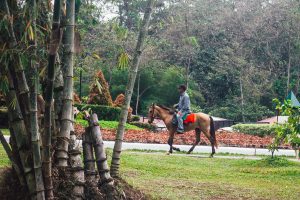 Not too long ago the LAPD had seen Christopher Dorner as one of their own.  Now, they are labeling him as a “domestic terrorist” and “cop killer.”  Dorner is a former Naval Reserve lieutenant and part of the Mobile Inshore Undersea Warfare Unit, where he mastered mobile radar and sonar.  These techniques have been used for such missions as Operation Desert Storm/Sheild.  Because Dorner is so skilled this makes the recent events more risky and critical in the hunt to find him.  I use the word hunt because the LAPD has decided to use drones to locate Mr. Droner.

END_OF_DOCUMENT_TOKEN_TO_BE_REPLACED

Senator Joe Negron, has sponsored a bill that is close to passing in legislation for the ban of drones or UAV surveillance in the state of Florida.  The Unmanned Aerial Vehicle is an aircraft that is controlled by computer or by a pilot using remote control.  There is no actual pilot in the drone but it has such technologies that can observe the surface it is covering.  Senator Negron, the Criminal Justice Committee, and its citizens believe drones are an excuse to spy on Floridians.