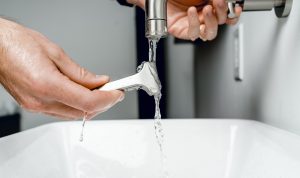 A simple shave, or a dance with death?

A Las Vegas policeman has settled a lawsuit with the city for $40,000 and the right to wear a beard on the job.  You read that correctly.  Apparently, some police departments across the country still require policemen to show up to work clean-shaven, except for a moustache if preferred.  Detective Ira Carter was given a medical waiver because of a skin condition called pseudofolliculitis barbae (warning: kind of gross pictures) that made a close shave dangerous and irritating.  According to Wikipedia, the effect of a shave on a person with the condition causes rashes, redness, papules/pustules and sometimes scarring.  In Febraury 2009, though, Carter’s supervisors ignored the waiver, requiring that he show up clean shaven from then on.  When Carter came in the next day with the beard, they threatened discipline, despite the obvious and understandable aversion to shaving.  Carter soon filed suit for discrimination, and today has established a new regulation in the city allowing an officer to wear a beard for medical or religious reasons.

I never thought the keeping of a beard would be such an issue.  Especially in the case of a serious medical condition.  Carter’s doctor apparently recommended that the detective remain unshaven for 6 whole months.  Maybe if Carter had shown his supervisors a simple Google image search for the condition they would have been swayed (though I recommend against performing the search on your own — some of the images are unsettling).  I guess it comes down to the idea of a brand.  When you think of a policeman, you most likely picture a clean-shaven, blue-clad, straight-standing officer with his hands on his hips.  Vary too far away from this, and the public no longer envisions a standard schema, which belays trust.  I’d argue for the cause of beards, though, not only for freedom of personal expression which police are supposed to uphold, but also because I know from experience that beards are fun.