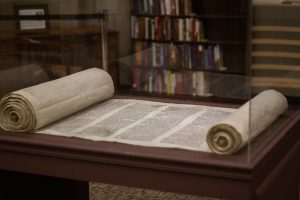 A bunch of trademark infringements in a basket.

Mojang, the creators of the indie sleeper hit videogame Minecraft, have settled with Zenimax, the publisher of the ultra-popular Skyrim, over the use of the word “scrolls” in Mojang’s upcoming release.  Zenimax and their subsidiary, Bethesda Softworks, claimed that the game’s name, which is simply “Scrolls”, was too close to their trademark property “The Elder Scrolls”, a long-running game series since 1994 whose latest installment grossed at least $600 million.  Trademark lawsuits are generally about whether a consumer would reasonably confuse a product, based on how similar the names are or whether the products themselves are similar, among other things.  While any idiot could tell at first glance that Scrolls is not the same as The Elder Scrolls V: Skyrim, Zenimax’s main purpose in filing this lawsuit was most likely to demonstrate their willingness to protect their trademark.  If a defendant in a future, actual case of trademark infringement can prove that Zenimax has not attempted to enforce its trademark in the past, the company could possibly lose the trademark entirely — a situation that the occasional frivolous suit against low-key indie developers can help avoid.  The settlement in this case allows Mojang to keep the name “Scrolls”, but cedes the trademark, “Scrolls”, over to Zenimax.  Ostensibly, this is what both companies wanted in the first place.

The judge in this case noted that scrolls are very common in fantasy, which is the genre of both games.  An analogy to this case would be if Lord of the Rings author J.R.R. Tolkien sued every fantasy writer to later use “rings” in the title, despite the fact that magic rings are a common element in all fantasy stories.  Interesting, because a comparison of the Elder Scrolls universe and Tolkien lore will unearth nearly-derivative similarities on all levels that I won’t bore you with (though I could probably discuss that for a few hours).  So do they owe the Tolkien estate any money?  Should they stop making their games due to copyright?  In creative endeavors, creators build upon the works of creators past.  Though this case was about the title of a game, and not at all about gameplay or visual style or even content (if it were, they would have no case whatsoever), hopefully Zenimax will at least recognize their own creative debts.