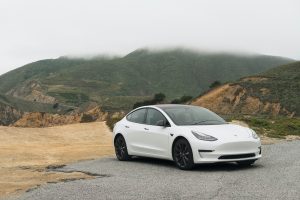 Life in the fast lane

The Tesla Model X, a product of Tesla Motors, is made for speed. The luxury SUV reaches 155MPH and hits 60MPH in 2.9 seconds. Tesla calls it the safest, fastest, and most capable SUV on the global market. But some owners cry foul, saying that once the car starts, it doesn’t stop.

Recently, multiple reports have been filed for accidents involving Model X vehicles. Ten plaintiffs have joined a defective automotive class action lawsuit against Tesla. Their complaints state that the Model X has a defect called Sudden Unintended Acceleration (SUA). Plaintiffs contend that rates of SUA in Teslas is much higher than in other car brands. Collectively, plaintiffs seek $5M in damages.

South Korean actor Ji Chang Son, who resides in California, is a prominent plaintiff in the class action lawsuit. Son filed a lawsuit in December 2016 claiming that his electric Model X suddenly accelerated as he was pulling into his garage in September 2016. Son’s car reportedly crashed through the garage wall and came to rest in the living room, injuring Son and his passenger and damaging the home. He alleges negligence, product liability, and breach of warranty. Other Tesla owners have filed similar complaints.

Tesla says that data retrieved from Son’s Model X shows that the accelerator pedal was fully depressed when the accident happened. However, the company argues that the model is equipped with multiple safety features to prevent accidental acceleration, including Autopilot sensors that distinguish between erroneous and intentional pedal applications, and stop unintentional presses.

Regardless of the Tesla lawsuit outcome, unintentional acceleration is clearly a sticky subject for automakers and drivers. It is apparent that mechanical fault is a culprit in many accidents, but accidental pedal depression can be a driver error too. The U.S. Department of Transportation (DOT) data shows that nationwide, human-caused pedal application errors cause 7-15 traffic accidents every month. In the latest battle of human vs. machine, it is up to the court to decide the fate of Tesla Motors.