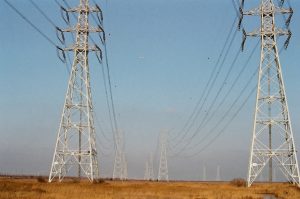 Power to the consumer

Starion Energy, a Connecticut-based energy provider, is being accused of astronomically inflating consumers’ variable rate electric prices. Plaintiff Lydia Gruber filed a lawsuit against defendants Starion Energy Inc., Starion Energy NY Inc., and Starion Energy PA Inc. in January 2017 alleging that the companies falsely claimed that their electricity rates would reflect current market prices of electricity derived from all market sources. The defendants deny the allegations, but have agreed to settle the lawsuit out of court. Customers of Starion’s variable rate plan may be eligible for a cash payment.

Since 2010, Starion Energy has promised consumers energy savings after switching from their current energy providers to Starion. However, consumers have not enjoyed those benefits. They contend that Starion failed to adjust their prices when market rates dropped, forcing them to pay up to five times the market rate. Attorneys for the plaintiffs call Starion’s variable pricing plan an illegal bait-and-switch scheme that has cost many consumers, including low-income and elderly customers, millions of dollars.

Unlike traditional fixed rate plans, consumers who choose variable rate price plans often do not pay the same amount for electricity each month. Prices (per kilowatt hour) can rise or fall regularly depending on many factors. Temperature, the market cost of electricity, weather conditions, and supply and demand influence final prices. Due to the uncertainty of changing conditions, customers assume some degree of risk upon accepting a variable rate plan. They can expect sometimes dramatic fluctuation in monthly prices, but they can also expect their energy supplier to charge honestly for those differences. Starion’s customers, however, discovered that they were paying inflated prices even when market prices dropped. In some cases, customers were overcharged several hundred dollars per month.

The Starion lawsuit follows a series of lawsuits against utility suppliers who allegedly deceived customers using similar tactics. In 2014, New Jersey-based alternative energy supplier Systrum Energy was accused of a “classic bait-and-switch” scheme when it raised prices dramatically following a winter cold spell. Also in 2014, affected residents of Batavia, Illinois filed a lawsuit against Prairie State Energy Campus for charging them up to $180/MWh for electricity, a rate that far exceeded prices in neighboring towns. Angry customers of Stream Energy, an energy supplier in Pennsylvania, brought a lawsuit against the company in 2015 claiming that Stream Energy’s rates were nearly double those of other electric suppliers in the state.

Based on precedent, it appears that Starion faces an uphill battle. The current Starion class action lawsuit has two subclasses. One is open to New York customers only and will be brought under New York’s consumer protection statute. The other, a nationwide suit, is open to residential and small business customers who received electricity through Starion’s variable rate plan between 2010 and May 24, 2017 in Connecticut, Washington, D.C., Delaware, Illinois, Maryland, Massachusetts, New Jersey, New York, Ohio, and Pennsylvania. Even in the world of electricity, it seems, the customer always wins.