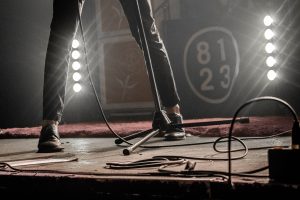 Although the terms of the settlement were not disclosed, Miley Cyrus has settled a $300 million lawsuit concerning the origins of her popular hit “We Can’t Stop.”  Initially filed in 2018, Michael May, also known as Flourgon, accused Cyrus and Sony Corp’s RCA Records of negligently infringing upon the copyright of his 1988 song, “We Run Things.”  While a similarity exists in one of the lyrics, the two songs are not identical, so is this really a case of copyright infringement?  The two parties involved have not left the matter for the courts to decide.

Cyrus’s “We Can’t Stop” hit Number 2 on the Billboard Hot 100 in August 2013 following its release in June 2013.  It was not until five years later that Michael May pointed out the apparent parallels between his 1988 lyric “We run things. Things no run we” and Cyrus’s lyric “We run things. Things don’t run we.”  This resemblance sparked a copyright infringement dispute, where May, a native of Jamaica, calculated that about 50% of his song was taken by Cyrus, including the aforementioned lyric and musical components.

May filed the lawsuit in a Manhattan US District Court and asked for $300 million in damages based on the fact that his song is of unique foundation and protected as an original composition. In addition, May fought for Cyrus to cease her collection of sales derived from the song itself and performance of her song.  Having come to a settlement agreement, all parties involved filed a motion to dismiss the lawsuit with prejudice.  While a judge will not have the responsibility of determining whether or not Cyrus and Sony Corp’s RCA Records violated any copyright laws, May seemed to have won in the end, as his 1988 song reached Number 1 in his home country.  Cyrus’s song has never placed above the Number 2 slot in the US.