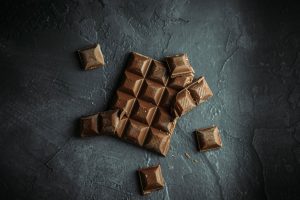 Considered one of the largest chocolate companies in the world, Hershey is known for its quality, variety, and most recently, lead content. By acquiring Lily’s brand chocolate, in 2021, the chocolate manufacturing giant expanded its empire. Now, specific dark chocolate products from both Hershey and Lily’s are under scrutiny, as high concentrations of metals have been detected. The results of scientific testing indicate that Hershey’s Special Dark bar and Lily’s 70% bar were elevated in lead; and Lily’s 85% bar was high in lead and cadmium. A class action is seeking $5 million in damages, including $500 per transaction.

While Hershey may be a more universally recognizable brand, Lily’s is tailored toward the indulgence of the health-conscious consumer. It is described as a nutritious, stevia-enriched chocolate, packed with antioxidants and gluten-free ingredients. Although the calorie count may be low, the metal levels are apparently high. The plaintiff that has filed the proposed class action argues that Hershey has exhibited dishonest practices and failed to accurately communicate with its consumers the complete list of ingredients in its chocolate, which now includes Lily’s. Given the level of metal present, the plaintiff argues that consumers would not favor the chocolate over the serious health risk.

In the lawsuit, the plaintiff reasons that as a consumer, if Hershey had portrayed accurate ingredients, he would have either not purchased the product or would not have elected to pay the higher price for that specific chocolate. Instead, given the harmful level of metals, the company allegedly undermined the health of consumers and did not consider the potential effects of its products. Hershey is not the only company under fire, as Dove, Godiva, and Lindt also produced reports of dangerous lead levels. Despite the seemingly beneficial effects of dark chocolate, consumers may think twice before indulging in the potentially harmful delight.