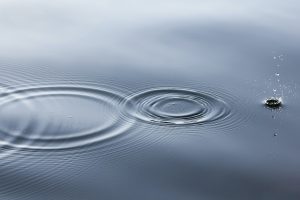 First discovered in the early 1980’s, significant levels of cleaning solvents were detected in the well water located at Camp Lejeune. Hundreds of thousands of Marines and their family members were exposed to contaminated water, which has been recognized as the leading cause for illnesses and deaths. A portion of a Jacksonville City cemetery is reserved for the babies that have passed away due to the contamination. The dates of determined exposure range from the 1950’s through the 1980’s. Now, due to the passing of recent legislation, veterans are legally allowed to sue for relief.

Generally, in the past, Camp Lejeune veterans and their families have been disappointed in the way the military has handled the issue, and have even accused the Marine Corps’ of attempting to conceal the tragic effects of the drinking water. Certain veterans, however, have taken matters into their own hands and have worked with former President Barack Obama to pass a law that affords benefits to veterans that have suffered from illnesses linked to the toxic water. The June 2022 passing of the Honoring our PACT Act firmly establishes the potential for a legal route and allows impacted families to fight for compensation for the illnesses that have derived from toxic substances.

While the Marine Corps’ has allegedly attempted to cover up the problem and failed to assume full responsibility, the impacted families are now able to collect the compensation that may help them cope with their loss. Retired Marine, Jerry Ensminger, who was one of the pivotal players in the benefits guaranteed under President Obama, also suffered from the passing of his daughter. She was only 9 years old when she contracted leukemia and passed away in the 1970’s. The cancer was directly correlated to the contaminated water. While their families were living on base, additional children have passed away, several at birth. Although money is the end result for many of these families, veterans have admitted that they have primarily been seeking justice, which will now be served.