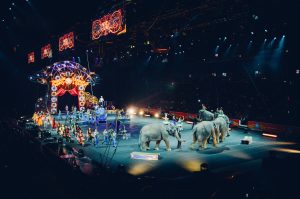 After a 14 year legal battle, Feld Entertainment Ringling Brothers Barnum & Bailey Circus reached a settlement collecting $15.75 million from the Humane Society of the United States and multiple other animal rights groups. The long running litigation suit was based on allegations that Ringling Circus was mistreating elephants. The extraordinary legal case evolved into a costly embarrassment for some of the nation’s leading animal rights organizations.

In 2000, the initial lawsuit was filed claiming that elephants were abused  by a former Ringling circus barn worker. Later on, it was found that this employee, Tom Rider, was paid $190,000 by the animal-rights groups to back their charges. Following in 2009 a judge, Emmet G. Sullivan, threw out the animal-abuse lawsuit, citing the “groundless nature of Rider’s claims.” This stars as a cautionary tale about the consequences of making an allegation in federal court where you do not have the 100% proof of backing those allegations up.

After a 14 year long battle Feld made this statement of alleviation once the settlement was finalized, “Just to get this thing done, to settle this with all the parties, was a great relief. The important thing is it’s behind us. We can focus on our entertainment business and on the welfare of all the elephants…” While on the other hand the other parties, the Fund for Animals and the Humane Society, seem to be a little estranged about the verdict. Their representatives were making statements along the lines that the central question of abuse of the circus elephants was never ruled out and that settlement occurred to bypass additional cost. All in all, this stars as an advisory tale about the consequences of making an allegation in federal court where you do not have the 100% proof of backing those allegations up.