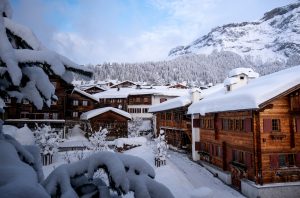 An upscale Montana ski resort has entered a settlement with several seasonal workers who claimed they were discriminated against and cheated out of their tips and wages. During the winter months between 2017 and 2018, the group of visiting workers from Jamaica maintained positions in the hospitality, food and bar departments as housekeepers, cooks, servers, and bartenders. Despite the promise of potentially receiving between $400 and $600 a night, the workers were not able to collect the full amount of their tips or service charges. The defendants named in the lawsuit, which was filed in 2018, have agreed to pay $1 million in legal fees and compensation to the workers.

Representatives from the resort, known as the Yellowstone Club, and the Atlanta-based staffing agency, Hospitality Staffing Solutions, both blame each other for the issues that were caused. While the operating company for the resort will pay $515,000 of the settlement, the staffing agency will cover the remaining amount of $485,000. Legal fees deplete about $273,000 from the settlement, leaving the workers to accept payments that range between $500 to more than $14,000. Despite the compromise to split payments, the resort and staffing agency did not offer an admittance of guilt or negligence.

The Yellowstone Club serves as a private resort that is selective in its criteria to accepted members. Prospective memberships are exchanged for six-figure initiation payments, and the business moguls and Hollywood royalty that frequent the resort purchase winter homes on the property that are worth millions of dollars. Given the elite clientele, the Jamaican workers were led to believe that their tips and wages would also be substantial. To the contrary, their status as nonimmigrant H-2B visa holders offered limited protections and the possibility of exploitation. This federal work program, which relies on temporary visas, has earned a negative reputation as one that does not afford adequate rights to guest workers from other countries.