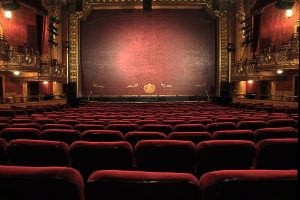 Coming to a theater near you

A leader in the movie theater industry, Regal Entertainment Group, is the defendant in a pending lawsuit. Initiated by the small, Portland-based theater chain, Living Room Theaters LLC, the $50,000 lawsuit involves Regal’s blocking and sabotage of Living Room Theaters’ showing of the movie “Call Me by Your Name.”

According to the lawsuit claim, Regal used its influence as a large corporation to persuade Sony Pictures Classics to pull the film from the small Portland theater. The alleged reasoning behind Regal’s big move is rooted in competition. Ticket sales for the week indicated that Living Room Theaters surpassed Regal’s profit for showing “Call Me by Your Name.” Viewing the skyrocketing ticket sales as a threat, Regal convinced Sony to stop all showings of the indie film on Living Room screens. Despite the fact that both of the theaters received adequate rights to show the movie, a representative for Regal is quoted to insinuate that the large company does not share movie showings with smaller competitors; and if that were to remain the case, Regal would cease business with Sony. Regal’s clear distress with potential ebbing popularity, the theater company made sure to use its power to stifle the success of Living Room Theaters.

In comparison to Regal’s 10 screens and 1,000 seats in the Portland area, Living Room Theaters houses 50 seats in each of their six screens.  Living Room Theaters pre-sold tickets to fill these seats for three consecutive nights. Once Sony pulled the company’s rights to show “Call Me by Your Name,” the small movie theater was forced to attempt to appease their customers with refunds and complimentary tickets. Customers were still not pleased with the accommodations. Instead of showing Luca Guadagnino’s acclaimed third installment of his “Desire” trilogy, Living Room Theaters tried to match success in projecting the President Obama documentary, “The Last Year.” But, with little time to market the movie to potential viewers, the theater lost tens of thousands of dollars. Living Room Theaters’ refusal to roll their closing credits early gives hope to a favorable settlement with Regal.