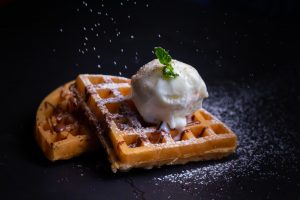 Food establishments, including diners, cafés, restaurants, and food trucks earn their reputation through excellent ingredients, unique dishes, and word of mouth. Securing a position on Oprah’s Favorite Things is an additional step that may elevate a restaurant from small-town, hidden gem status to nationally recognizable. Due to the acclaim received by companies that have impressed Oprah, one Massachusetts-based business owner is now alleging that the honor given to a competitor rightfully belongs to him. Burgundian, located in Attleboro, MA is suing Eastern Standard Provisions, which is established in Waltham, MA.

Positioned about an hour away from each other, the two businesses have entered a dispute over which company is the true owner of the Liege Belgian Waffles recipe that was featured on Oprah’s Favorite Things list in 2021. The Burgundian owner, who is a US Army veteran, contends that he first learned about the waffles while working on the France-Belgium border and later developed his unique recipe after returning to Belgium to train with a master Liege waffle maker. As a smaller business, it was within the best interest of Burgundian to enter an agreement with Eastern Standard Provisions, which was seeking to expand its product offerings.